When I was doing my Blue Badge guide cause, one of the teachers told us that if a tour is interesting for children, it is more than suitable for adults – because it is interesting. One may quote dates and numbers, but it is the stories that bring history to life, and make it fun to go on a tour.

This is what I want to do – in my work, and now in this blog.

The best example is the first Sutton Hoo podcast – a must for everyone doing Anglo-Saxons as part of  primary school history curriculum:

Framlingham Castle goes back to the times of the Norman Conquest in the 12th century. It was in the possession of the Earls and Dukes of Norfolk, coming down to Thomas Howard, 3rd Duke of Norfolk, connecting it to England’s Tudor history. A prominent nobleman during the times of Henry VIII, he was the uncle of Anne Boleyn and Catherine Howard – the two wives of Henry VIII, who lost their heads in the Tower of London.
But is it Henry’s eldest daughter Mary who put Framlingham on the historic map of England. Mary, Henry’s daughter from his first wife, Catherine of Aragon, was a clever little girl, well educated and doted on by both her parents, until Henry, replacing Catherine with the younger Anne Boleyn, sent Mary away from court and prohibited her from seeing her mother. The future must have looked very uncertain for a teenage Catholic Mary. Royal daughters’ lot was to be a pawn in diplomatic and political marriages, then being a submissive consort for a husband, often in a far away land… Yet, Mary was to become the first crowned Queen of England in her own right. Now that we have had a few queens on the throne, and generally think that a woman prime minister is better in sorting out the mess made by men, it is hard to imagine that until mid 16th century no one in England could image a female ruler.
When Henry VIII’s son Edward VI died at the age of 15, there were only ladies left in direct succession. Protestant Lady Jane Grey, being the choice of Edward and his protestant ministers, did not stand a chance with the people – no one knew who she was! It was Catholic Mary, Henry’s eldest daughter, who had the support of the country.
Mary had been given Framlingham Castle by her brother, and it was there that she fled on hearing of Lady Jane Grey’s succession. Only a few days later she was proclaimed queen, set off from Framlingham to London with an army of supporters – there was no need for it though, she was welcomed by the people with open arms.
Being a proper Queen, with all the power and pomp of Tudor England, did not make Mary happy, – nor she made the country happy, either. Trying to restore Catholicism, Mary ordered the burning of numerous Protestants, plunging the country into terror and earning her name in history as Bloody Mary.
Deeply religious, Mary thought she was doing the right thing by restoring the ‘true faith’, but God never gave her the one thing she always wanted – married in her late thirties to a much younger Prince Philip of Spain (who never showed much interest in her), she died childless after a couple of false pregnancies.
So, we got another queen on the throne (Mary’s younger sister Elizabeth I), and the Dukes of Norfolk got Framlingham back – Mary gave the castle to them shortly after her accession. 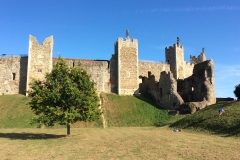 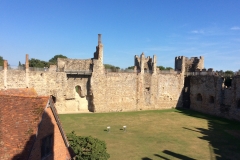 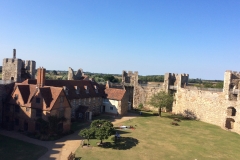 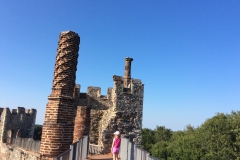 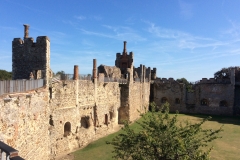 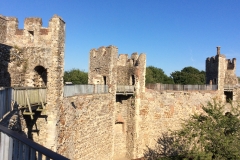 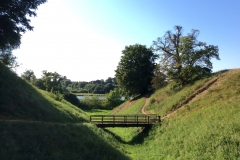 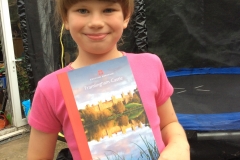