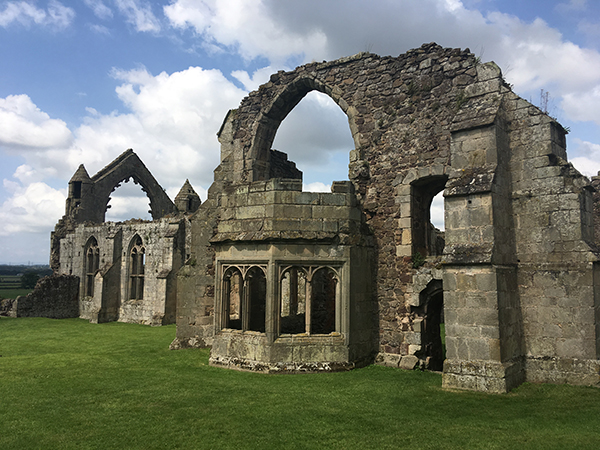 This was destroyed during the Civil Was in the 17th century. The remains were a farm, later becoming a park of a picturesque landscaped park. It is now looked after by English Heritage, — free to visit (free car park, but no toilets!)